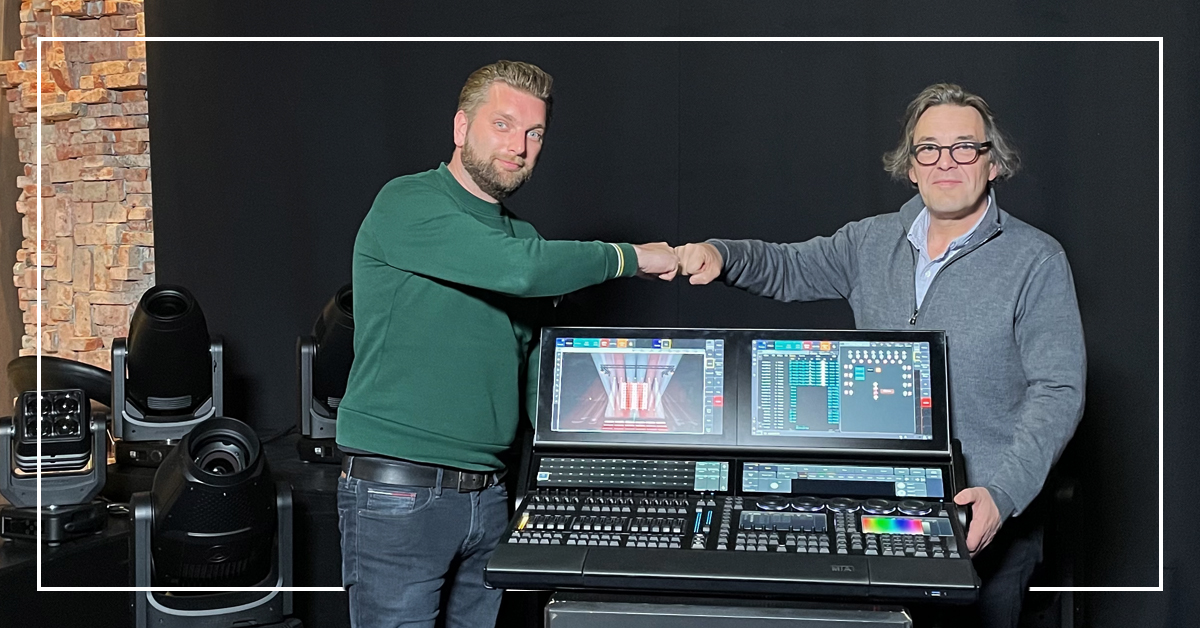 We are delighted to announce that Michiel De Clercq joins our team. With his extensive experience in the AV industry and undeniable passion for lighting, it was very clear that synergy between him and FACE was inevitable. 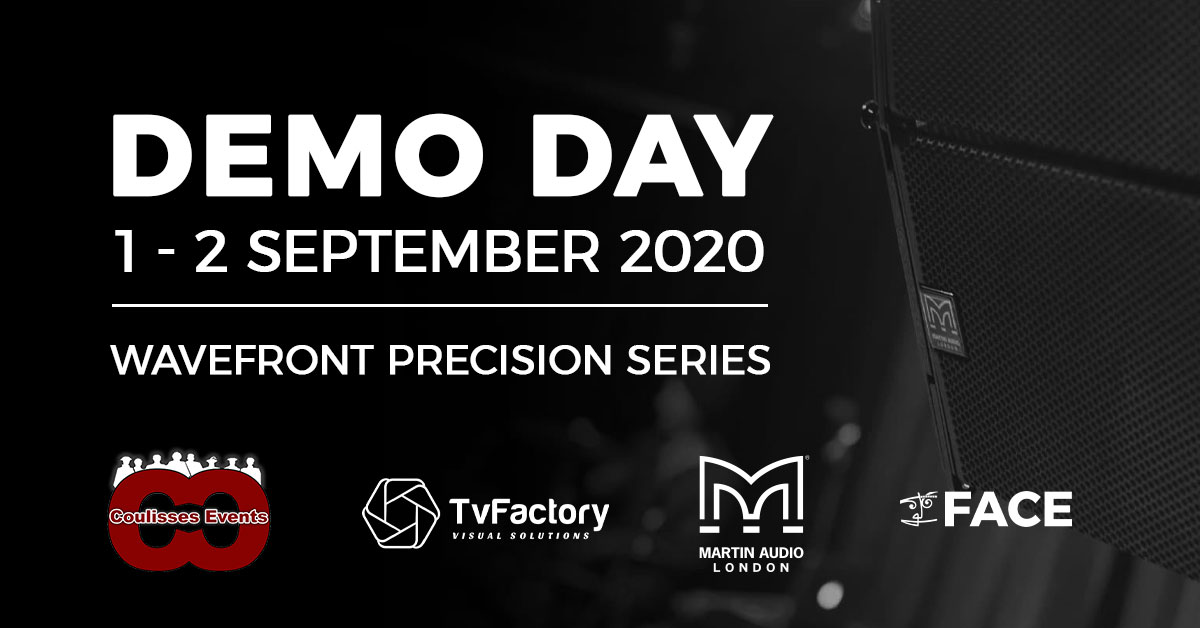 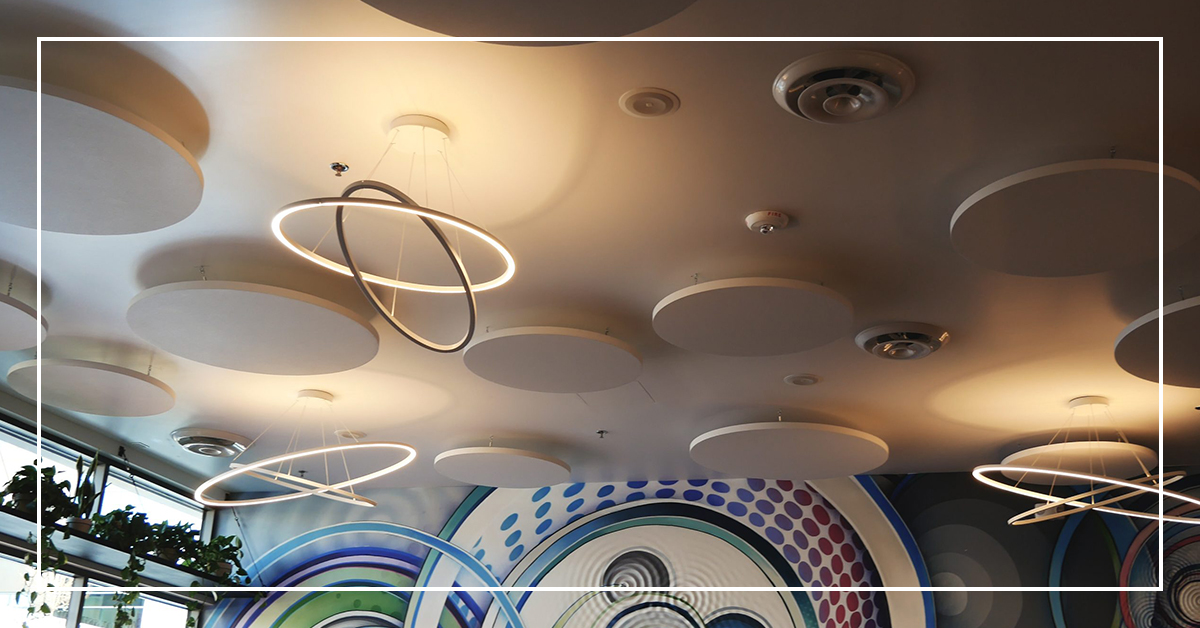 Noise is the #1 complaint according to the latest Zagat survey. To solve these issues we must identify what is going on in these acoustically challenged spaces. 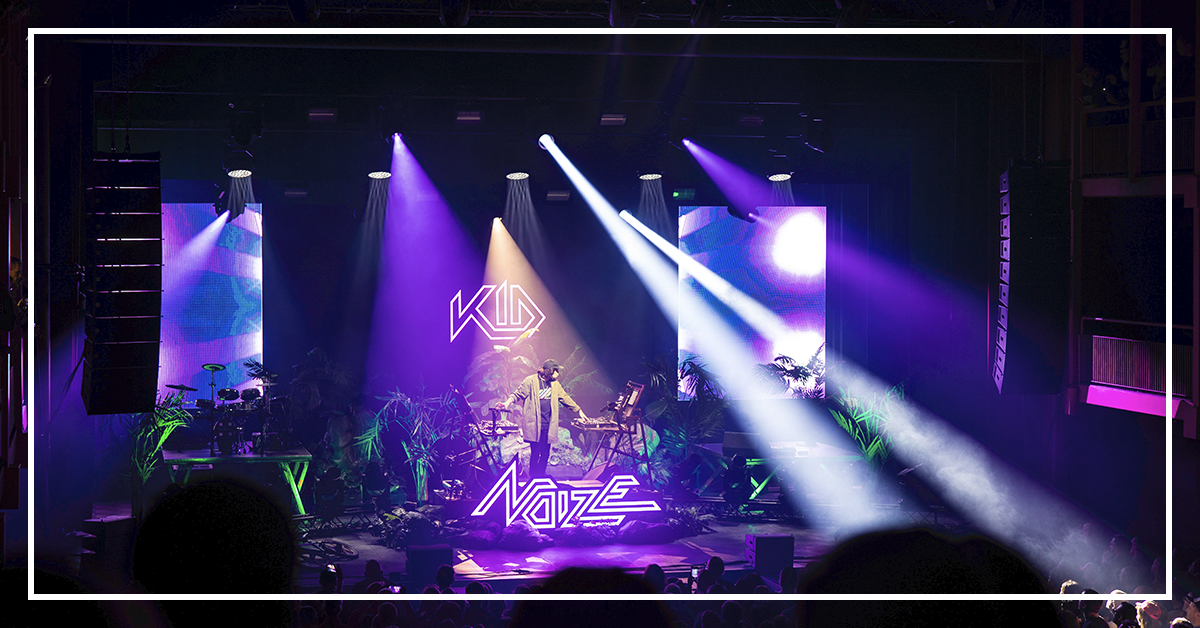 “When we heard Kid Noize was playing in the Ancienne Belgique, an Iconic venue where 100’s of bands pass each year, we knew we had to make a statement! 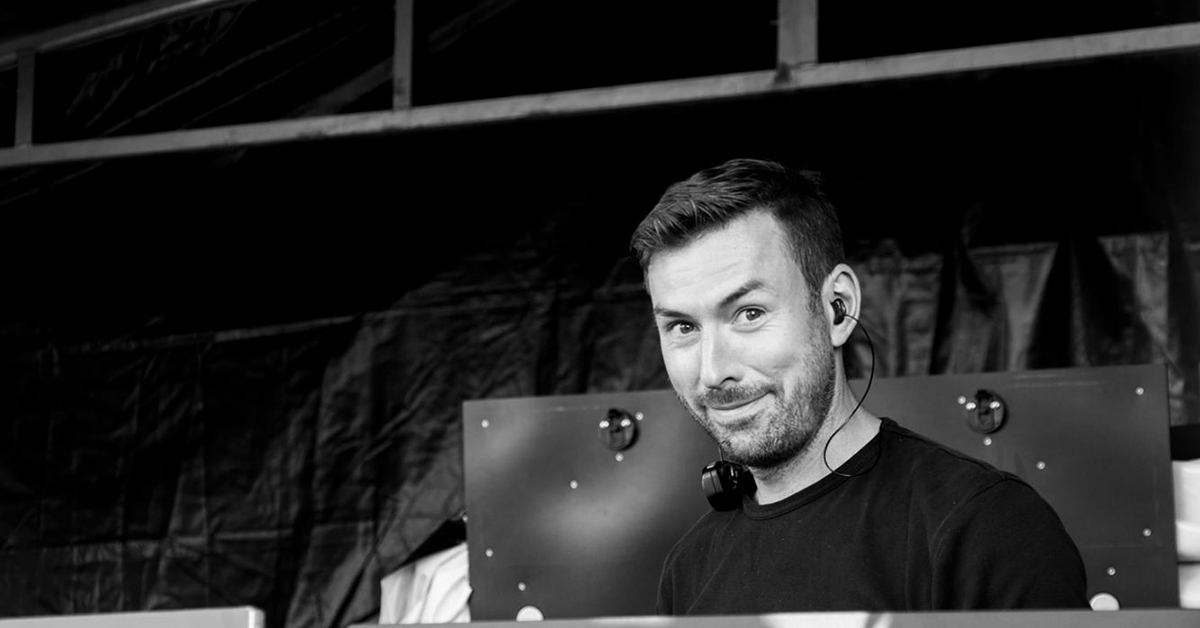 Jo Pauly and the team at Visual Solutions have been users of disguise since we began and is an extremely valued member of our thriving user community. We recently had the pleasure of sitting down with Jo to see what specifically in the world of video makes him tick.... 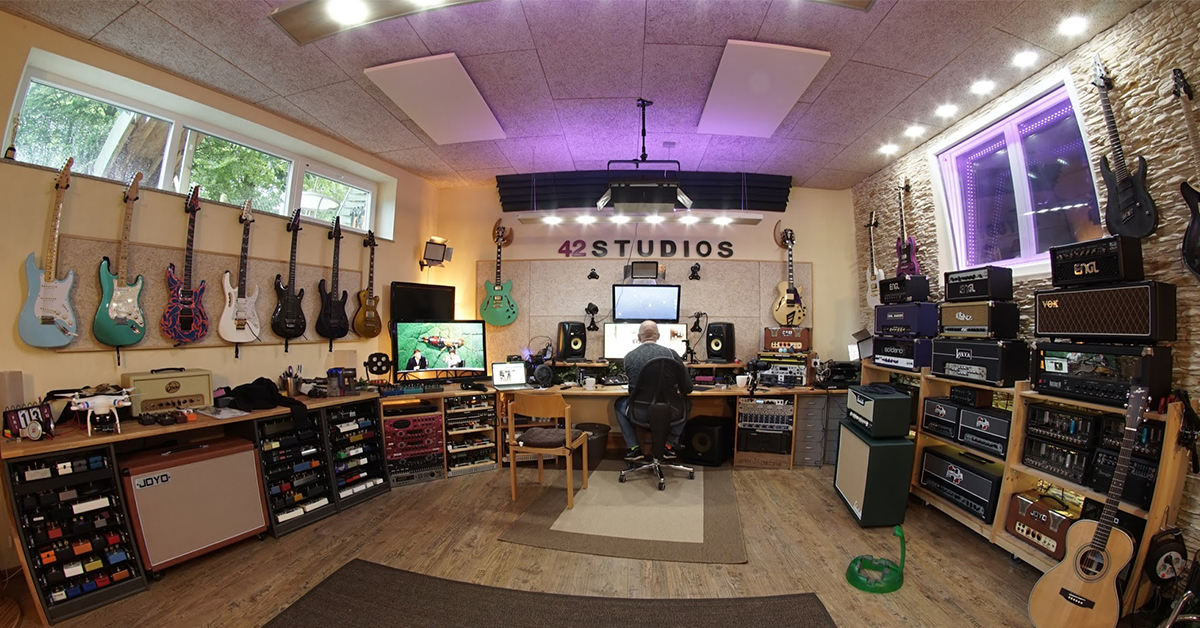 Henning Pauly from 42 studios, better known as youtuber EytschPi42 made a great review on his daily use of Triad-Orbit 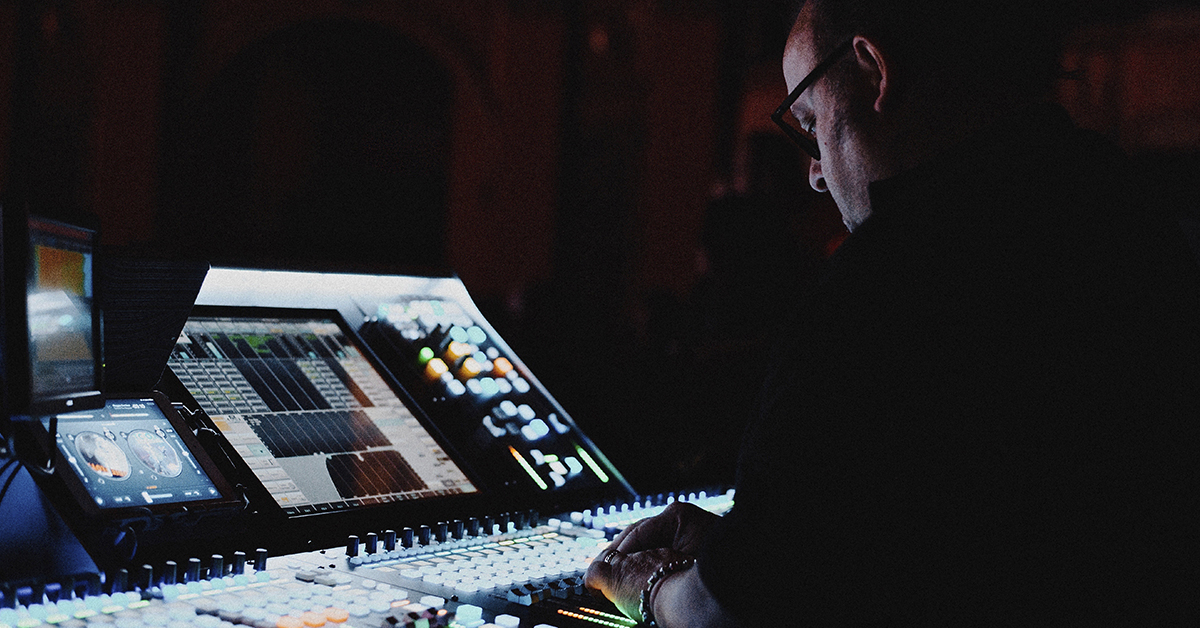 "With the SSL I've never had any of the issues that I’ve had with other digital consoles. It's stable, the EQ is responsive, it's powerful, and it sounds great." 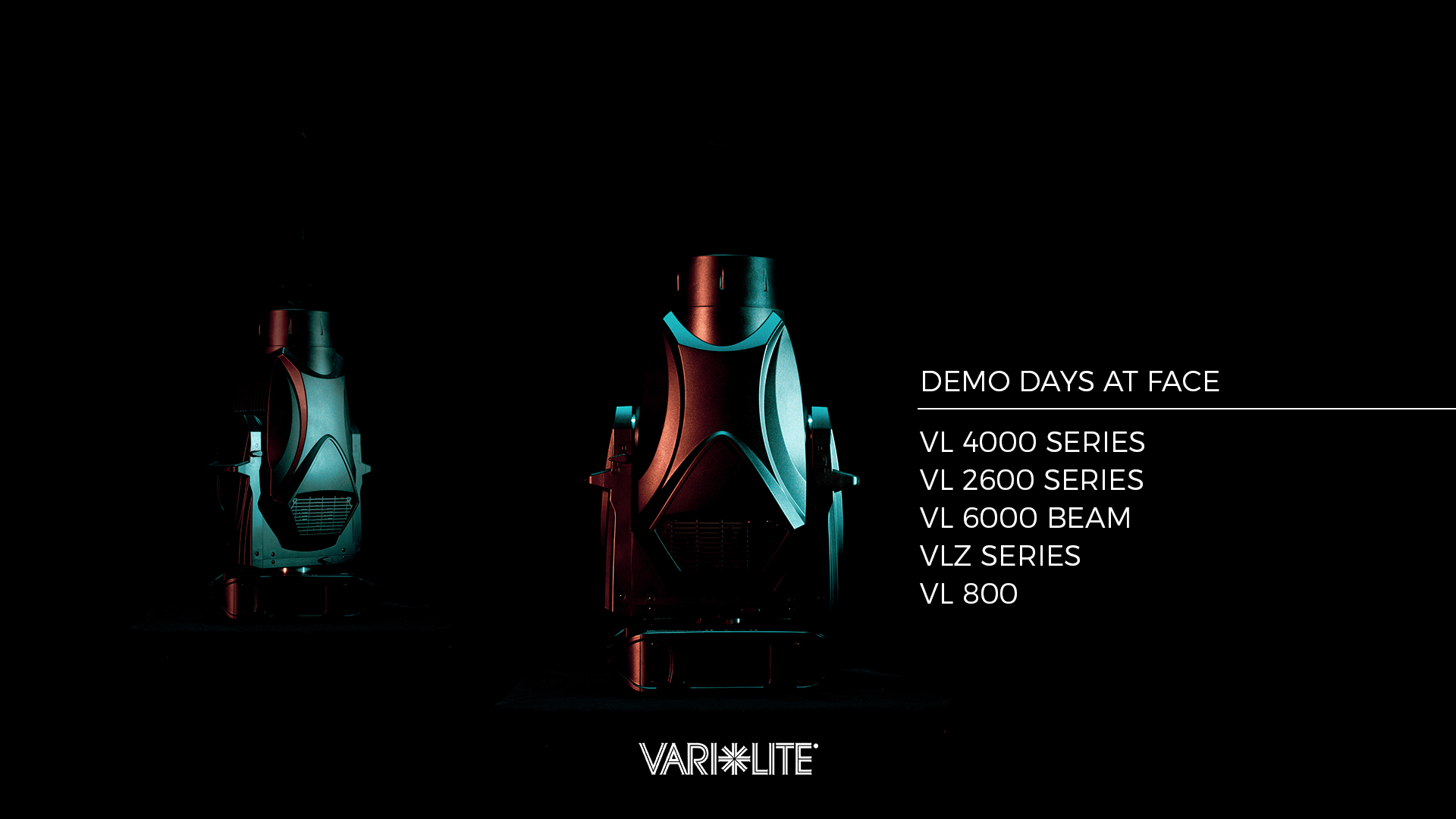 On Tuesday 26th and Wednesday 27th of June, Amber Etra and Koen Ceulemans will demo the Vari-Lite fixtures. Expect a full line-up of the Vari-Lite top models. Compare moving heads side to side. 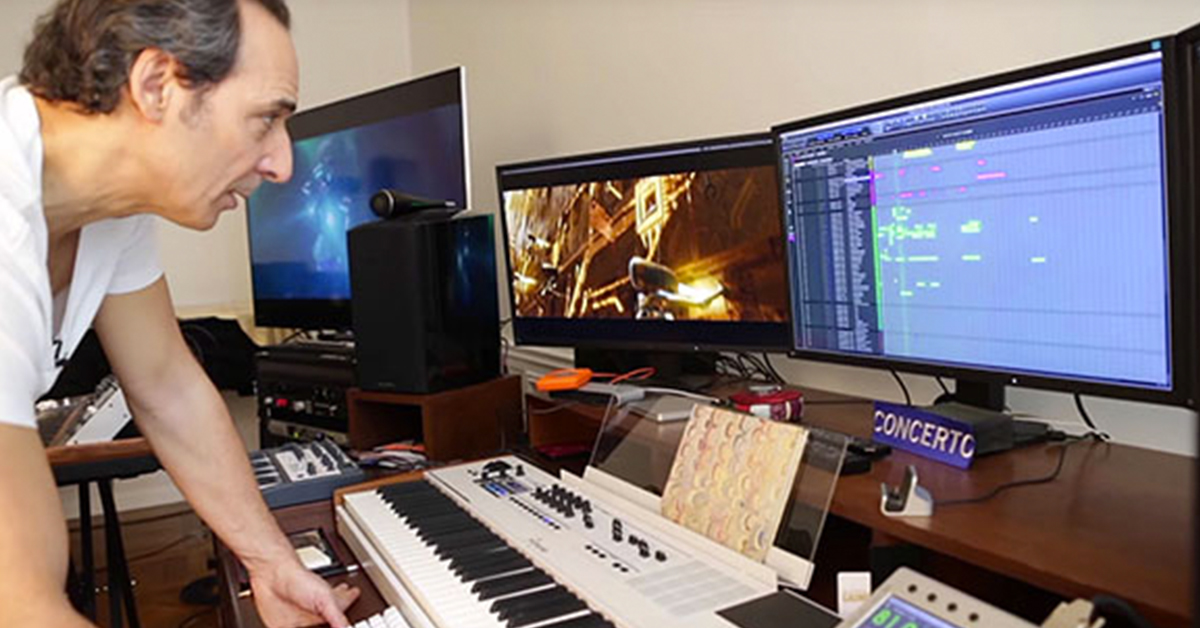 And the Oscar goes to...Alexandre Desplat 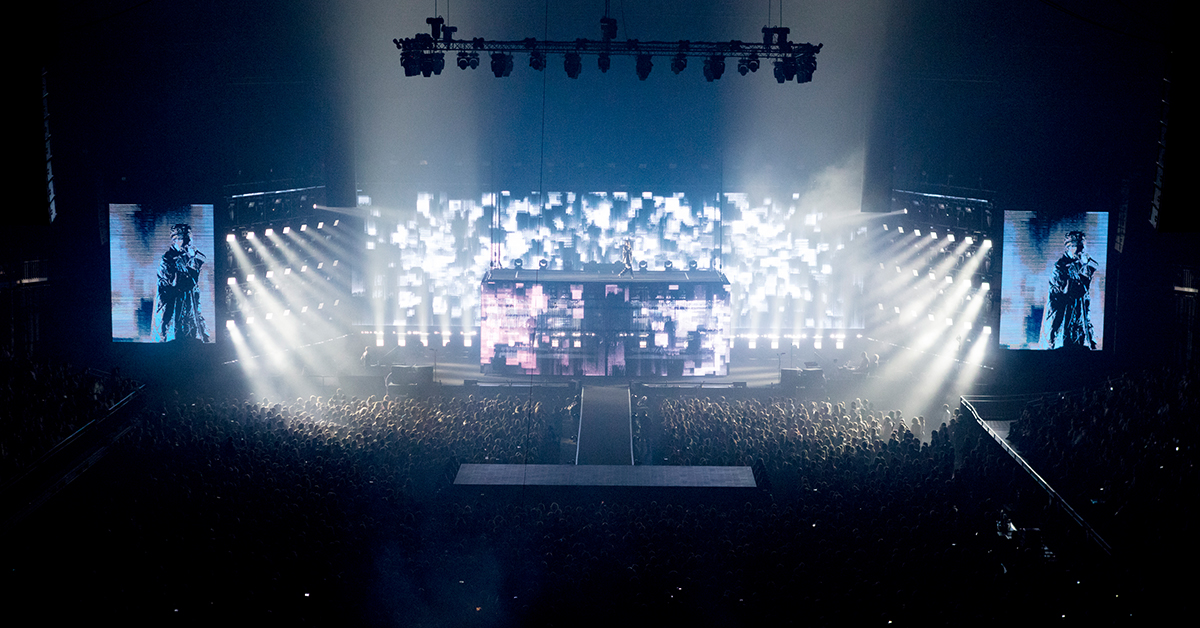 Oscar and The Wolf full force in Antwerp

‘To infinity and beyond’, at lightning speed Max Colombie managed to use his momentum in the music scene to work his way to the top. A sold-out Sportpaleis in Antwerp became his playground. To get the lightshow to perfectly match his repertoire, Jan De Keyser’s Magic Office reached out to Cate Carter. In control of a great lighting rig, controlled by MA Lighting consoles, she created the most stunning and diverse looks. 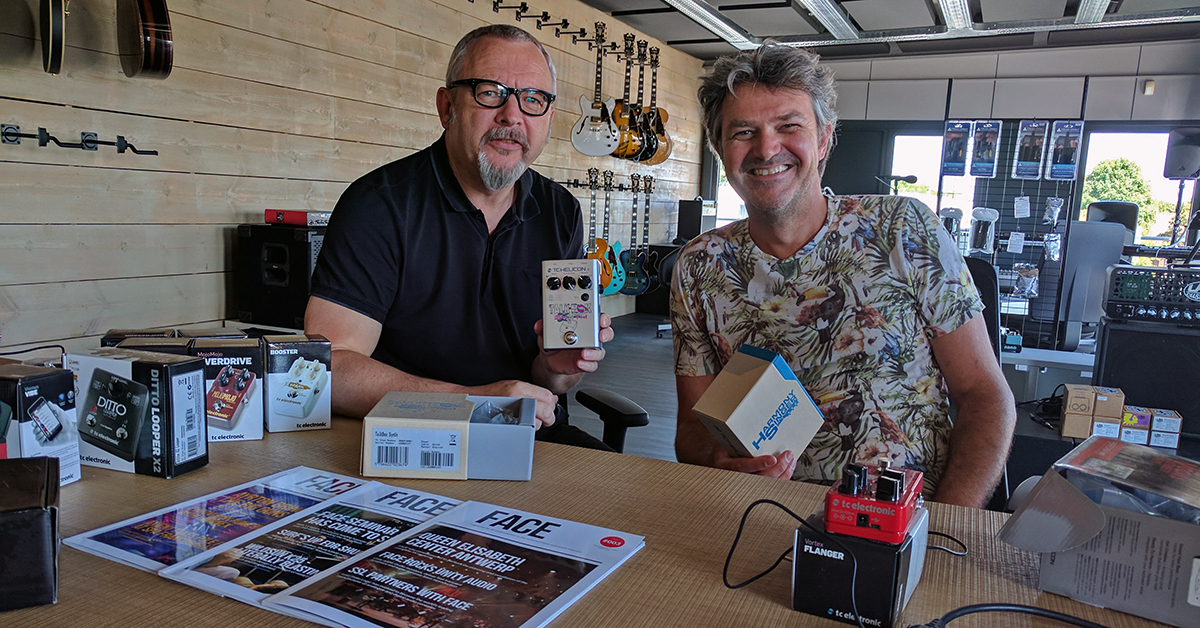 FACE to distribute TC Electronic, TC Helicon and Tannoy in the BENELUX and Switzerland

For years, FACE has been a strategic partner for MUSIC Group, the parent company behind TC Electronic, TC Helicon and Tannoy. Extending their partnership, going forward FACE will distribute TC Electronic’s guitar and bass solutions, TC Helicon’s vocal products and Tannoy’s Reveal studio monitors range throughout the BENELUX and SWITZERLAND.

FACE to distribute TC Electronic, TC Helicon and Tannoy in Germany and Austria 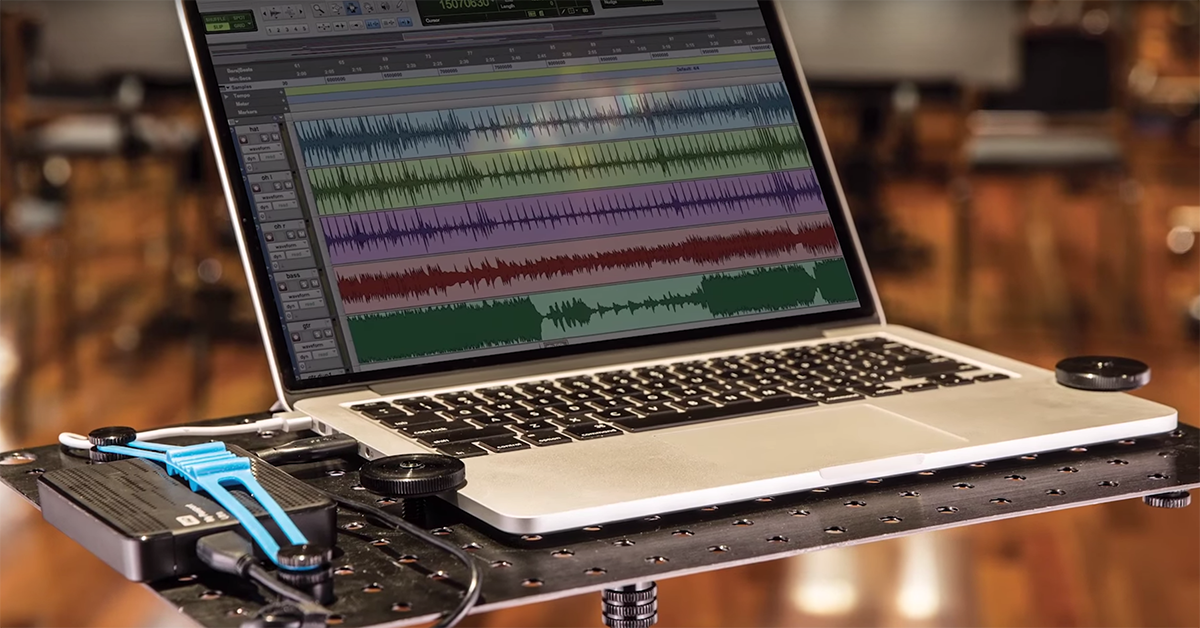 IO-Desk takes place at the stage

The IO-Desk is a secure support platform for AV professionals. It's equally at home on stage, rocking a small footprint keyboard, synthesizer or drum machine as it is FOH, supporting the mixing engineer's laptop. Unlike other solutions IO-Desk also takes care of the hassle with the power supplies and cabling as well. 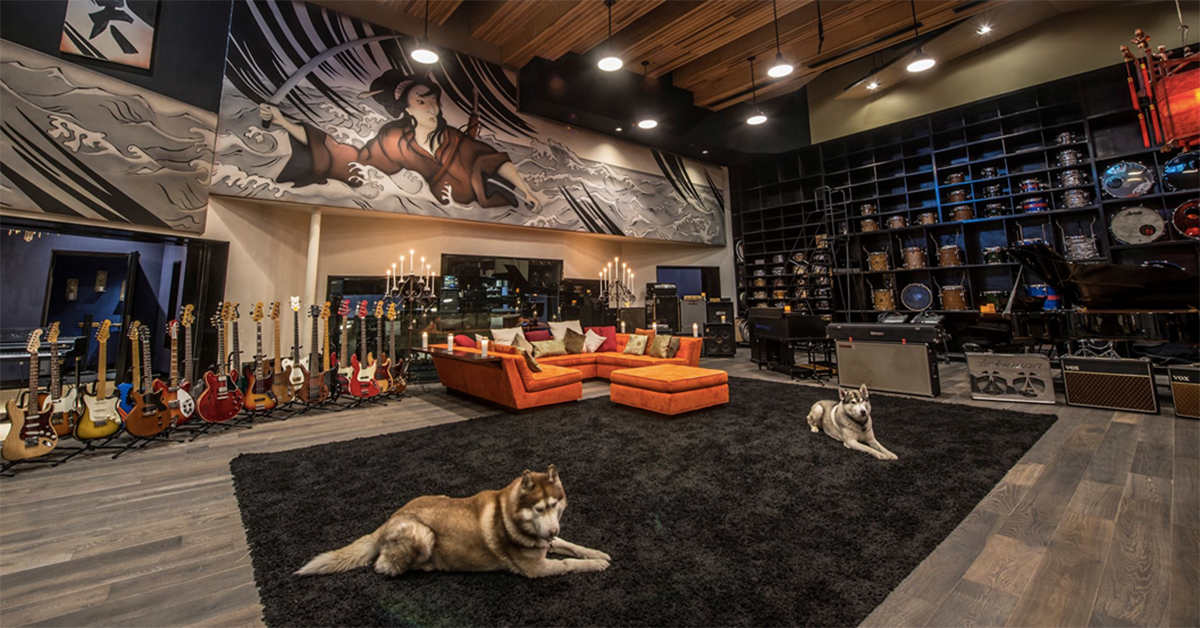 Sphere Studios in Los Angeles adopted Triad-Orbit to work with in their studio. Sphere Studios opened for business in 2001 in London and moved to L.A. in 2013. In these years, they worked with a great list of amazing musicians like Adele, Muse, Razorlight, Queen, Genesis, Phil Collins, Eric Clapton, Gary Moore… 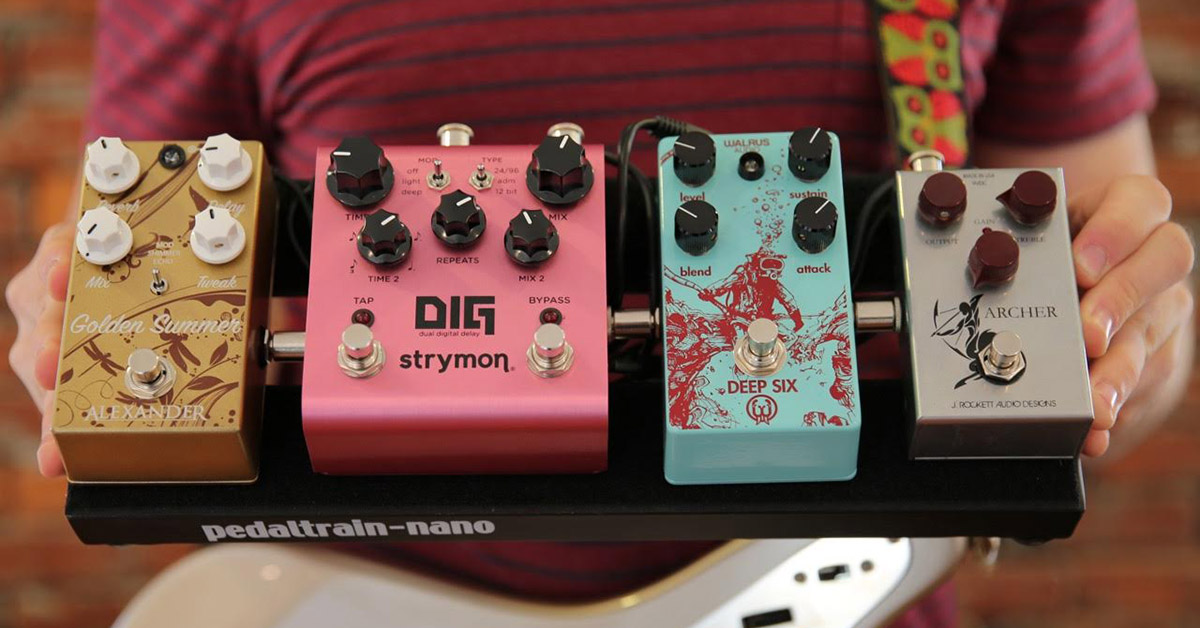 Pedaltrain Nano back by demand

Back by popular demand. The NANO by Pedaltrain is made just as it was - aircraft grade aluminum, same dimensions (35,5 cm x 14 cm) , improved top-loading soft case, same piggy back straps and a generous roll of hook and loop included free of charge. 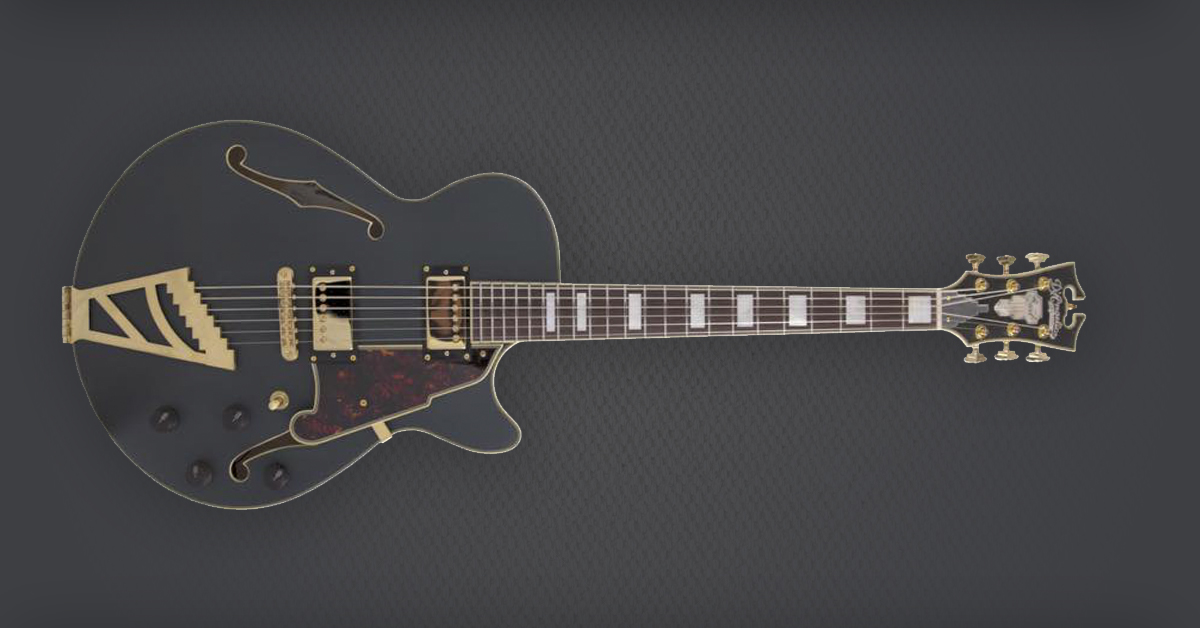 New for 2016 is D'Angelico's Deluxe Collection. Upgraded Deluxe Editions will be built for the six most popular Standard Series models. 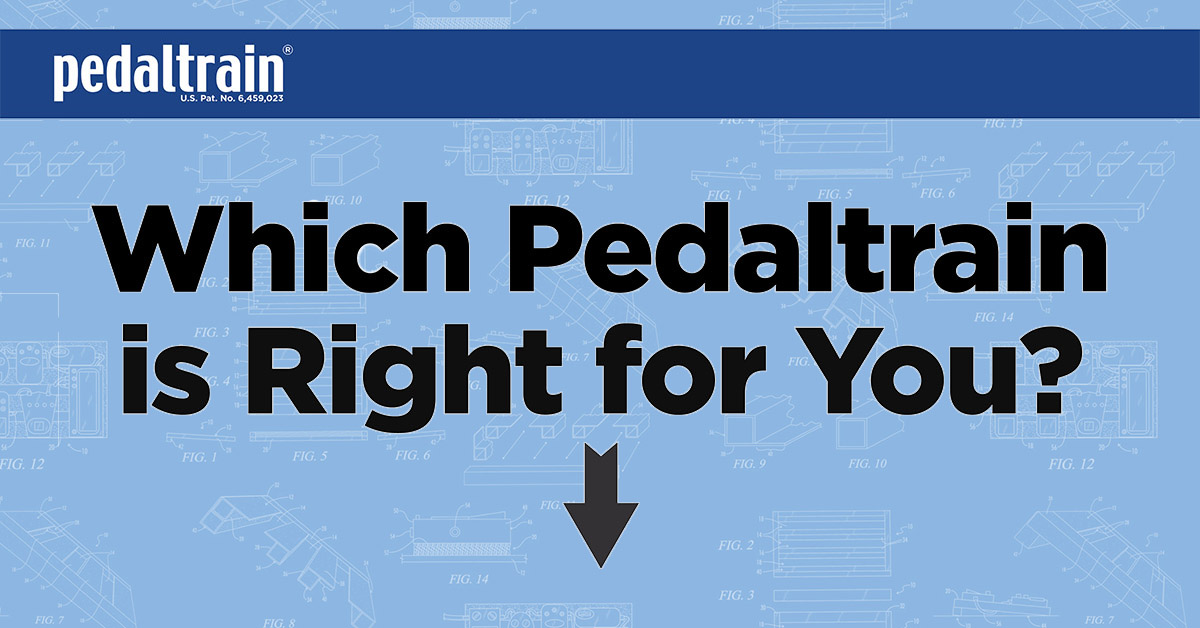 Which Pedaltrain is right for you?

So... which Pedaltrain is right for you? Pedaltrain makes over 20 models - something to meet every need. Choosing the right pedal board and case combination can be fun and easy. To aid you in your journey, they've created the following infographic. 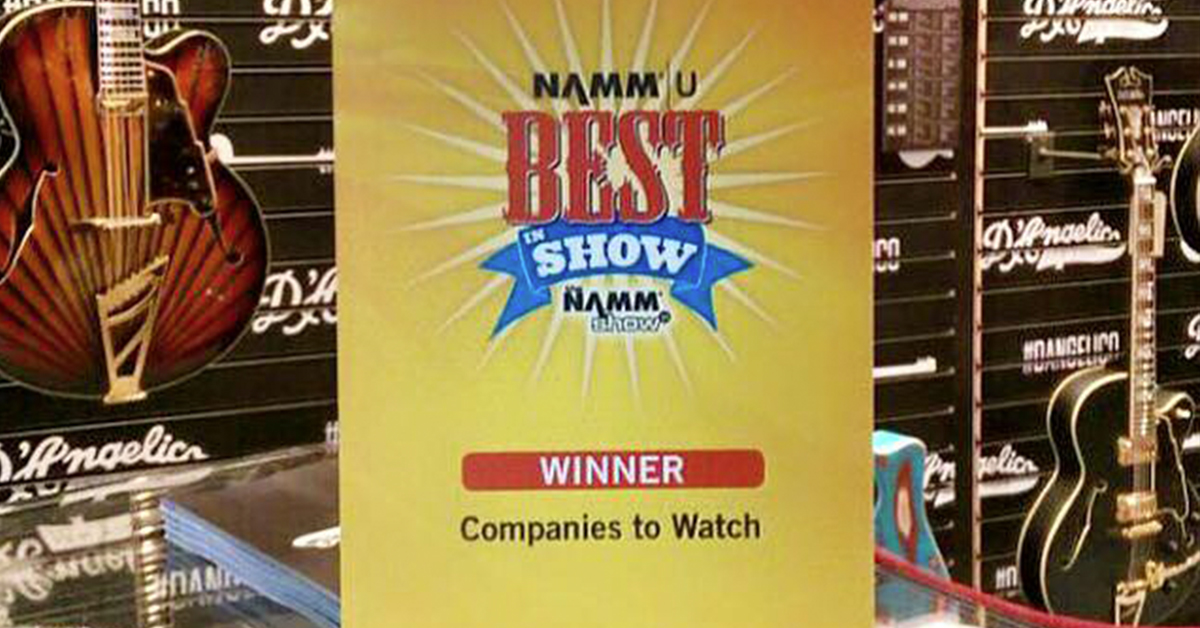 D'Angelico was omnipresent at NAMM 2016, and were rewarded with a Best in Show Award 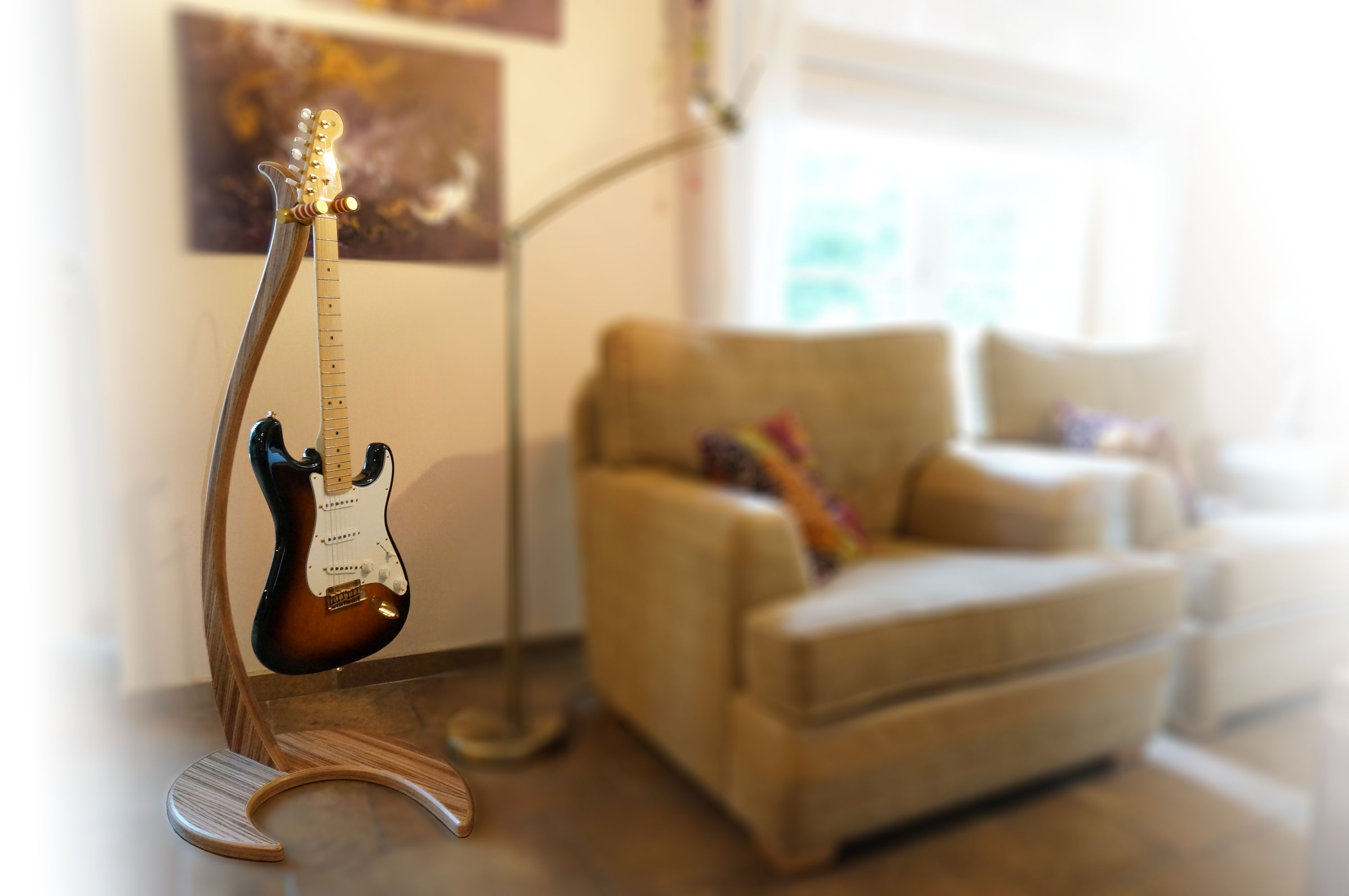 Bulldog Music gear is born to stand out- We're excited to introduce this new brand of high quality Guitar stands in Europe. 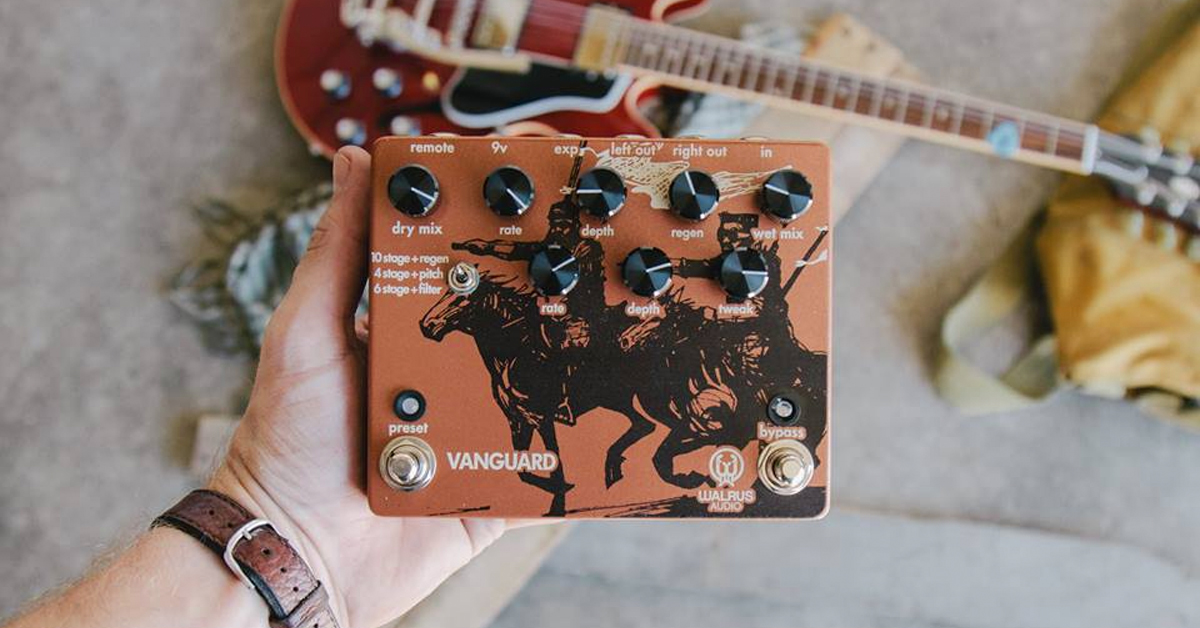 Walrus Audio is thrilled to announce the release of the Vanguard Dual Phase. The Vanguard was designed to create evolving beds of sound; from thick and sweeping harmonics to symphonic tidal waves. 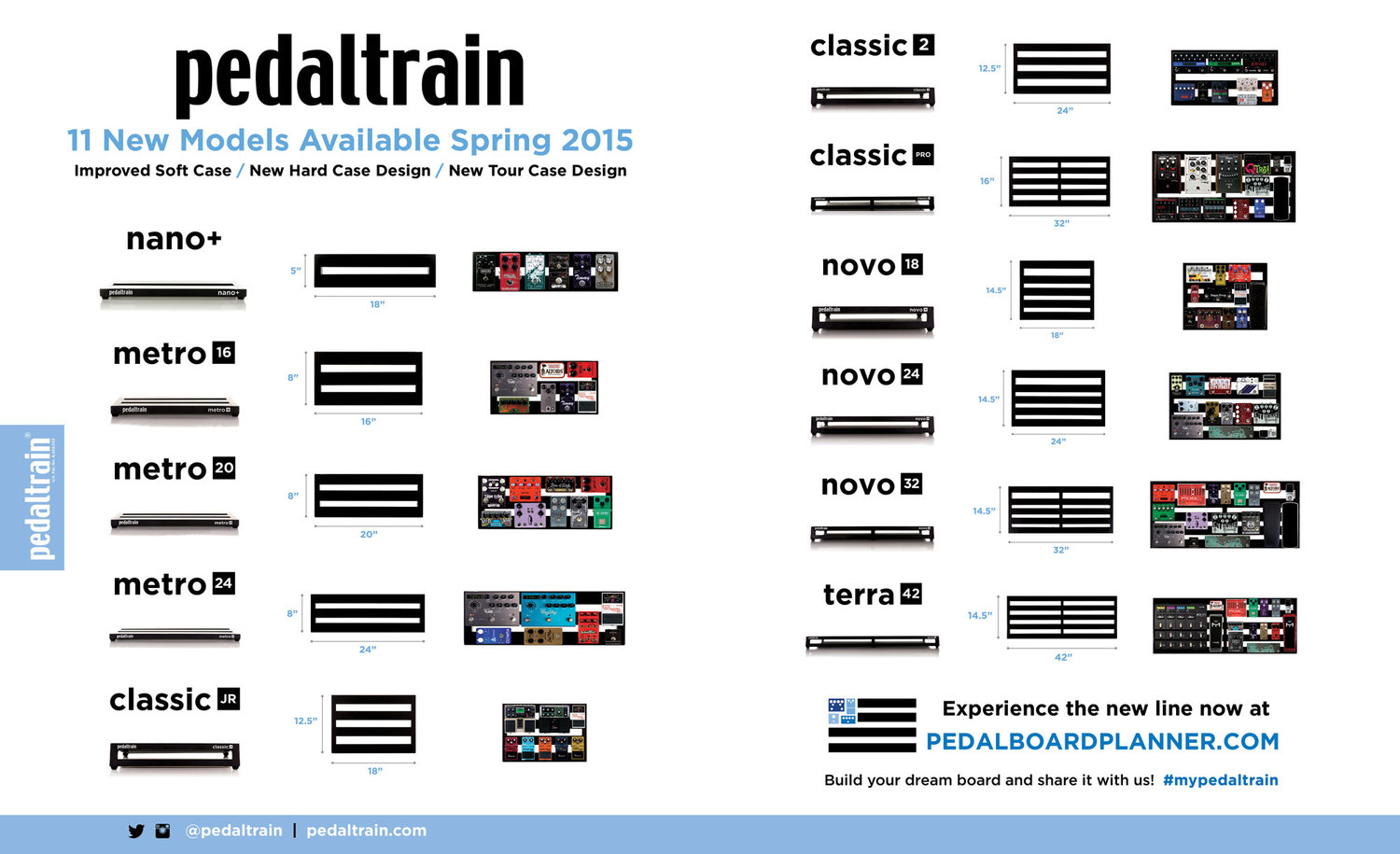 Pedaltrain, the world’s most popular pedal board brand, has reinvented its product line for 2015 and beyond.